The Most Beautiful Place in the United States: Northern Michigan

In 2011, Good Morning, America took a poll from their viewers. The television program wanted to know what part of the country their viewers thought was the most beautiful place in the United States. The place that won was Sleeping Bear Dunes on the western side of Northern Michigan. 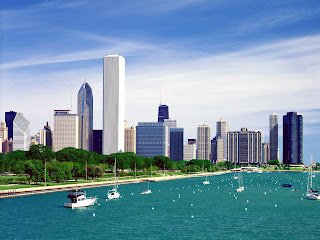 Along the shores of Lake Michigan, Sleeping Bear Dunes is an amazing gem filled with natural beauty. The area was shaped by glaciers thousands of years of ago and now the area is protected by the National Parks Department so that visitors and locals can enjoy this truly unique area. The National Park is in both Leelanau and Benzie Counties stretching over 35 miles along the eastern coast of the lake. The National Park includes the huge dunes on the Lower Peninsula as well as two islands, called North and South Manitou.

There are other features that make this national shoreline even more amazing. There are small towns that dot the area called the Leelanau Peninsula including Glen Arbor, Glen Haven, Empire, and Suttons Bay. These small towns are home to outstanding restaurants, wineries, and unique stories. Empire is home to the dunes and the national park that is home to one of the cleanest campgrounds in the country. Suttons Bay was once the summer home town to Ernest Hemingway and his family; many writers visit Suttons Bay for inspiration and writing festivals each summer. Glen Arbor and Glen Haven are quaint towns full of personality and hospitality.

The Leelanau Peninsula is on the western coast of the Grand Traverse Bay. Traverse City rests at the southern end of the bay. Traverse City is not the largest town in Michigan, but it is one of the largest towns in the northern part of the Lower Peninsula. One of the claims to fame for Traverse City is the Cherry Festival in early July where nearly a half-million visitors and locals enjoy festivities centered around the tart cherry crop. Traverse City is also a popular destination for shoppers who stroll the downtown area that is full of locally owned shops and restaurants. There are plenty hotels, bed and breakfasts, and resorts for visitors.

The best way to get to the Sleeping Bear Dunes and Leelanau area is to drive. Anyone who drives into the area must find time to drive on one particular road. The must-drive highway is M-22, which is one of the most beautiful, scenic drives in the state. The two-lane road begins near Manistee and ends in Traverse City, but not before winding its way past beautiful views of lakes, near dunes and historical markers, and through small towns. The road is so popular with Michigan residents that many of them have M-22 stickers on their cars to show their love of this gorgeous drive.

The Traverse City, Leelanau, and Sleeping Bear Dunes area draws people who love to play outside in the sand and surf. There are several rivers that are populated with paddlers looking for a swift ride or a slow float. Hikers and bicyclists also have plenty of areas to travel. One of the most challenging hikes is up the Sleeping Bear Dunes. Bicyclists enjoy the ride along the Pierce-Stocking Scenic Drive, which is about seven and one-half miles.