With the growth of reality television, vacationers love to visit the settings of their favorite television shows. Many of the reality television shows take place in home or businesses that are easily accessible to the general public. In what seems like a pilgrimage, many tourists love to make plans to see the settings of the favorite shows. They also hope that they will be able to see the actors that they have come to recognize through their dedication to the show.

One enjoyable location to visit is either of the stores that belong to the American Pickers on the History Channel. Mike Wolfe and Frank Fritz have two stores with one in Nashville and the other in LeClaire, Iowa. These stores are easy to find, with the Nashville store being right off of I-40 near downtown. The Nashville store is home to many of the special finds that duo discovered while picking the small towns of America. If you are lucky, you might catch them or Danielle arranging the antiques. 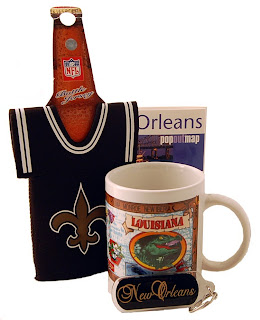 Another popular destination for reality television fans is in Louisiana. The Robertson Family of West Monroe have become one of the most famous red neck families in existence today as Duck Dynasty is one of the top reality shows on television today. Many of the scenes were shot at their Duck Commander headquarters in West Monroe, Louisiana. Because of this, many tourists make it a point to stop at the Duck Commander warehouse in hopes to meet at least one of the Robertsons.

Fortunately for foodies, most of the restaurants that are owned by celebrity chefs are easy to find for dining experiences. Many of the top chefs from television make their homes in Chicago, Illinois. You might have to wait in line to enjoy their food, but chefs like Rick Bayless, Fabio Viviani, and Graham Eliot. Other foodies travel to Las Vegas for restaurants from Bobby Flay, Tom Colicchio, Emeril Lagasse, and Hubert Kelley.

Many other fans of reality television have made the Jersey Shore their vacation destination of choice. These tourists visit the shore to try to catch a glimpse of the celebrities like Snooki and JWow. Other tourists have come to towns to catch glimpses of the celebrity wives, whether they live in Los Angeles, Orange County, or Atlanta.

Shows like Ice Road Truckers and Deadliest Catch have sent tourists to some of the coldest places of the world. Believe it or not, tourists who do not mind vacationing in the cold travel to Alaska to check out the sights and sounds revolving around the fishing industry or to the Canadian tundra to experience the ice roads that have been so prominently displayed on television.

In California and Texas, reality show fans and potential auction fans have been flocking to the storage facilities to try to see the stars from Storage Wars. Many bidders even try to outbid their favorite characters from the show. It can be challenging for fans to find exactly where the shoppers are trying to find goodies to fill their shops and eclectic personalities.