When you are looking for something fun to do while on vacation, visiting buildings with unique architectural details is a fun way to spend a few hours. It is inspirational to see what architects can design and what engineers can build. If you want to see a few of the most awe-inspiring buildings, these are a few of the best cities to visit:

Oak Park, Illinois: Most people think of the City of Chicago as one of the best places to see unique architecture. If you are planning on visiting Chicago, the suburb of Oak Park is a treat for the eyes. Architect-extraordinaire, Frank Lloyd Wright designed many homes in the area, including his own that included a large studio. The Frank Lloyd Wright home in Oak Park is home of the museum and it is the starting point for tours of the area. Many of the homes are privately owned and have been restored with precision.

Seattle, Washington: It might be better known for bringing grunge and coffee to the forefront of pop culture,
but Seattle also has buildings that are worth visiting. A few notable stops include the Experience Music Project designed by famous architect Frank Gehry along with the Olympic Sculpture Park designed by Weiss Manfredi. If you prefer to see homes, there are several to view, including the Mount Baker House, Lake Union Floating House, and the Queen Anne Mid-Modern.

Las Vegas, Nevada: Checking out the hotels and resorts on Las Vegas Boulevard is one way to see the architecture in Las Vegas, but there are several other places to go to see unique buildings. In Las Vegas, the Golden Gate Casino is the oldest hotel in the city and worth visiting. The historic area between Clark and Garces, Second and Fourth is the home of the railroad cottages that were built around 1910. Another unique stop is the Hammagren House which is full of historical artifacts from the city in the desert. 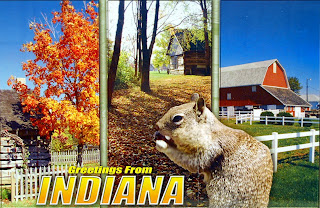 Columbus, Indiana: This town that you have probably never heard of is one of the cities in the United States with the best architecture. Some experts have called Columbus a Mecca of architecture. There are pieces
designed by I.M. Pei, Eero Saarinen, and Gunnar Birkets. The town may be a bit out of the way, the architecture is worth the trip.

Buffalo, New York: New York City is known for its tall buildings and its smaller buildings, but there was a time when Buffalo was a rather wealthy city – especially during the Industrial Revolution. This meant that there were fine architects building memorable homes and buildings. Frank Lloyd Wright has a few pieces in the city, including Graycliff and the Martin House Complex. Saarinen also designed a few homes and buildings that have remained important pieces today.

Miami, Florida: The Art Deco period was alive and well in Miami. While these older buildings are beginning to show their age, they are still worth seeing in person. The city is also home to several Mid-Century Modern pieces that can be seen on Biscayne Boulevard in the MiMO district. The city is also home to many celebrity homes that are uniquely designed.
at 4:22 PM