If you are a lover of beer, one of the best experiences that you can plan for yourself is a tour of the best local breweries and microbreweries in the United States. A beer tour is more than just a way to taste beers from the source; it is also a way to meet the people who brew them and to become familiar with the way of life in the cities where the flavorful microbrews are imagined and brought to life. 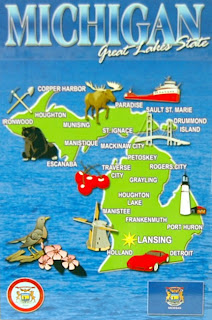 It does not matter where you live in the United States, there is one city that has been at the top of the best beer cities for a few years: Grand Rapids, Michigan. The city formerly known for being the furniture capital of the world is now the city with the hottest breweries and was actually named Beer City, USA. The brewery that brings top honors year after year is called Founders Brewing Co. This hometown favorite has grown by leaps and bounds over the past few years and many of their limited edition brews sell out in minutes. After tasting a Dirty Bastard, Breakfast Stout, or Pale Ale, you will see why this brewery is tops in the town. You will certainly feel like a rock star if you are able to get your hands on the highly acclaimed KBS beer that sells out in minutes when it goes on sale one time per year. Other top breweries in Grand Rapids include Grand Rapids Brewing Company, Brewery Vivant, and Hopcat.

A little farther from the New England and the Midwest is Bend, Oregon, where the Bend Ale Trail is a great way to get to know the unique brewers in this down-to-earth part of the country. You can choose to walk the trail of brewers or ride your bike for the The Cycle Pub of Bend. There are several brewers to visit while on your beer tour. The must-see brewers include Deschutes, where they have been brewing beer since before it was cool. Bend Brewing Company, or BBC, also makes tasty beer that customers can enjoy while sitting along the Deschutes River. Cascade Lakes and Silver Moon are two other great pubs to try out as well as Boneyard and Below Grade, which are two of the younger breweries in Bend, Oregon.

Whether you choose to visit a smaller city like Grand Rapids, Michigan or you want to stay in the larger metropolitan areas along the bustling east coast, like Philadelphia, there are many great, local brewers to include on a beer tour. Even visiting a hip area like Bend, Oregon will earn you a taste or two of the brewers in the area.