There is a city in the Midwestern part of the United States that has become forgotten by so many. The City of Detroit in the southeastern part of Michigan is a wonderful city with so much to offer to the tourist, business owner, and family. As a city, Detroit has one of the worst reputations in the United States. Interestingly, the city has so much to offer and once people visit the city, they see the why the city is still a treasure along the Detroit River and Lake Huron.

One of the best things about Detroit is the amount of high quality athletic teams. Detroit has four major athletic teams with some of the most memorable stadiums in the professional leagues. The Detroit Tigers are frequent contenders for playoffs and the Detroit Red Wings have won several Stanley Cup Championships in the last decade. The Detroit Tigers play at Comerica Park, which a beautiful new baseball stadium designed with the traditions of baseball in mind. The Red Wings play at the Joe Louis Arena, affectionately called “The Joe” by the locals. The Detroit Lions and Pistons play football and basketball, and while they have not been playoff contenders in recent years, the teams are still enjoyable to watch.

Downtown Detroit has been undergoing a revitalization process over the years. The city is home to three spectacular casinos in the downtown area. The Motor City Casino, MGM Grand, and Greektown Casino are favorite destination spots for those who visit and live in Detroit.

Detroit proper is a large city, but the suburbs around the city extend it even more. One of the most popular suburban towns is Dearborn, which is the home of Ford Motor Company. Being the home of the Ford, Dearborn is home to the historical programs that are related to Ford and the advent of the automobile. Anyone who visits Detroit should take the short drive to Dearborn to check out The Henry Ford and Greenfield Village. The Henry Ford is a museum that shows how transportation has affected the modern world. Visitors see how automobiles, trains, and planes have changed over time. Greenfield Village is right next door, and visitors can see what the world was like when Henry Ford was alive. 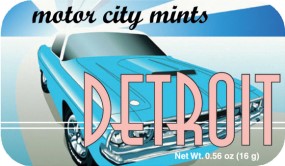 Just a short walk away from these two attractions is the Ford proving ground where the manufacturer tests the performance capabilities of the latest Ford creations. It is exciting to see mysteriously undercover cars being driven through the curvy road. It is important to remember that Detroit was the place where the automobile began and Dearborn is the best place in the world to remember the past and hope for the future of the automobile.

Suburbs and the Joy of Woodward Avenue

There are many other exciting places to visit when visiting Detroit. The suburbs show their personalities with their unique downtowns, tasty restaurants, and special boutiques. Some of the most exciting suburbs include Ferndale, Royal Oak, and Birmingham, which are just a short drive away from each other with busy Woodward Avenue as their connecting street. The street is also host to the Woodward Avenue Dream Cruise each summer where owners of vintage cars come together to cruise the streets like they did in the heyday of the automobile in Detroit.

Email ThisBlogThis!Share to TwitterShare to FacebookShare to Pinterest
Labels: What about Detroit?