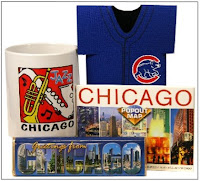 The City of Chicago has something for everyone. Resting along the southern end of Lake Michigan, Chicago is a town full of truly American architecture, top-notch professional athletic teams, quality academic institution, and some of the best shopping west of New York City. Chicago is known as the “Second City” because of its proximity to the Big Apple, but for the people of the Midwest, nothing compares to the Windy City.

Chicago is full of many unique places that reflect on its history, while moving into the future. The historic Chicago Fire of the 1871 I still remembered by the historic water tower on Michigan Avenue and the popular shopping center, Water Tower Place, that houses some of the luxurious shops in the Magnificent Mile of downtown Chicago.

Besides being an excellent place for shopping, Chicago is full of architecture that changed the way the world builds buildings. After the fire in 1871, Chicago began its rebuilding and the city became the home to the first skyscraper that was made out of a steel frame. This first skyscraper was 10 stories tall and was known as the Home Insurance Building. At the time of the fire, most of the buildings in Chicago were made of wood or stone and all of the wooden buildings were destroyed in the fire.  The Home Insurance Building was at least three-times lighter than any stone building in town and the early engineers in the city were very worried about the structural integrity of the building.

Now, Chicago has two unique styles of architecture today, the Chicago School and the Prairie School. The “First” Chicago School is the style that dates to the early 1900s with steel-frame commercial buildings with grid-like windows. Today’s “Second” Chicago School has been updated to the modern, glass high rises that
set Chicago apart from the rest of the world. This second school includes buildings like the Willis Tower (formerly the Sears Tower), the John Hancock Building, and the Trump International Tower and Hotel. The “first” school includes buildings like the Chicago Building and the old Marshall Field and Company building on State Street. The Prairie School was defined by legendary architect Frank Lloyd Wright who designed many homes in the Oak Park neighborhood of the city. This style is uniquely American as no other designer has come close to replicating the work of Wright.

Many people visit Chicago for more than the architecture and shopping. Chicago is home to some memorable cuisine. Whether you choose prefer simple foods like Chicago-style pizza or hotdogs, or you want to try something a bit more gourmet, Chicago chefs know how to prepare tasty food. The city is home to famous celebrity chefs who have appeared on television shows like Top Chef. Rick Bayless has several restaurants in the city, like Frontera Grill and Topolobampo. Stephanie Izard, a Top Chef winner, has a restaurant in town, too. Graham Eliot and Art Smith also have restaurants in Chicago.

Whether you are traveling to Chicago for the history, food, architecture, or shopping, you are bound to find something that will make the city one of your favorites. As the home of the skyscraper and the largest city in the Midwest, Chicago really does have something for everyone