When something is as “American as baseball and apple pie,” you know it’s true to the red, white, and blue. While many towns claim to have delicious apple pie, there are only a few cities in the United States that can claim to be home to Major League baseball stadiums. For those who love the sound of a ball hitting a bat, the roar of the crowd when a home run reaches the stands, and the smells of the concession stands, a baseball park tour is the perfect way to see the United States.

Most of the major cities in the United States have at least one Major League baseball team. For baseball fans, the parks are just as important as the teams themselves. Baseball parks are at most, one day away from other parks, and most people who take baseball park tours travel by car. If you want to arrange a tour of the parks, you should start with the park that is closest to home.

1.    This trip would take about 10 days: Starting at Comerica Park in Detroit to see the Tigers. Then, head south to Great American Park in Cincinnati to see the Red, before traveling north to Progressive Field in Cleveland, Ohio to see the Indians. Continue east to PNC Park in Pittsburgh to catch the Pirates. Then, traveling along the east coast to Yankee Stadium, Citi Field to see the Mets, and then finish in Fenway Park to see the Red Sox.

2.    This is a shorter trip of about one week: Begin at U.S. Cellular Field in Chicago to see the White Sox, then move a little north to historic Wrigley Field for the Cubs. The Brewers play in Miller Park in Milwaukee and then the final destination park is Target Field, which is home of the Twins in Minneapolis.

3.    To see the parks in the mid-south, plan on at least one week: Begin at Minute Maid Park in Houston to see the the Astros, then travel north to Ranger Field in Arlington, Texas. A good day’s drive to the north will bring you to Busch Stadium in St. Louis to see the Cardinals. Then, turn west and take a drive to Kauffman Field to see the Kansas City Royals. This trip ends in Denver at Coors Field, the home of the Colorado Rockies.

4.    When you want to see the stadiums in the west: Begin in Phoenix, Arizona at Chase Field to see the 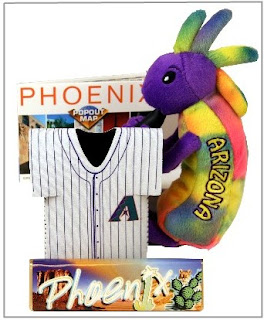 Diamondbacks. Continue going west to see the Padres at PETCO Park in San Diego. Then, staying in California and traveling north, check out Angel Stadium in Anaheim, Dodger Stadium in Los Angeles, Oakland-Alameda County Coliseum to see the Athletics, and finally AT&T Park for the San Francisco Giants. This trip is the best one to see the Seattle Mariners at Safeco Field, too.

5.    Finally, a trip along the eastern seaboard, traveling south: Begin at Camden Yard in Baltimore to see the Orioles, then move south to Nationals Park for the Washington Nationals. Then, take a one-day drive down to Atlanta to see the Braves at Turner Fields. Continue south to Florida to check out their teams, the Devil Rays in Tampa at Tropicana Field and the newest team, the Miami Marlins at Marlins Park.