Hit the Road Jack: Cities to Visit along Route 66

Route 66 may not be an official highway anymore, but the legendary road still has many great offerings for those who wish to see where the highway system got its start. The “Mother Road” begins in the great city of Chicago, Illinois and travels south and west to its ending point in Santa Monica, California. Along the way, the road takes several twists and turns through big cities and one-stop-light towns. Trekking along Route 66 will give you an idea of what the country was like in the early 1900s and how much it has changed to become what it is today.

Since the country developed from east to west, the best starting point is in Chicago, Illinois. The technical beginning spot is on Lakeshore Drive at Buckingham Fountain. Before you begin your expedition down the Mother Road, it is a good idea to check out the sites around Chicago. To get into the time period, visit the Frank Lloyd Wright homes in the Chicago neighborhood known as Oak Park. If you tour some of the historic homes, you will see what life was like for those who drove the original Route 66. 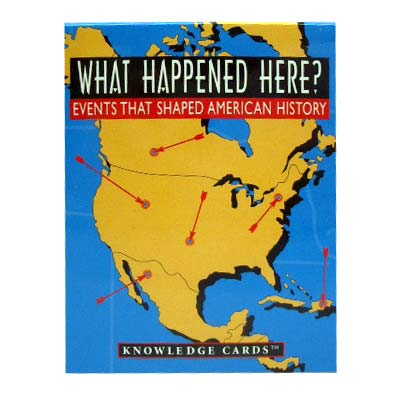 Once you have gotten a feel for the era, you can begin your expedition. Due to the work of former President Bill Clinton, the historic Route 66 is marked quite well. This makes it easy to follow the signs and have fun along the way. Your drive from Chicago to Springfield, Illinois will include a drive by the first Steak and Shake restaurant. Once you reach Springfield, the capitol of Illinois, you can explore and learn about President Lincoln, the city’s most famous resident. Then, it is off to St. Louis, Missouri.

Route 66 through St. Louis promises some unique attractions, like the St. Louis Gateway Arch. But, there are some older attractions that have survived the decades since the road was decertified as an official highway. Check out Meramec Caverns, the Wagon Wheel Motel, Viva Cuba Mural, and the Largest Rocking Chair. The road then continues to Springfield, Missouri to Oklahoma City, OK, where you can enjoy the last arch bridge near Riverton, Kansas and the Blue Whale at Catoosa. Once you arrive in Oklahoma City, visitors enjoy seeing the capital building and the memorial to the victims in the Oklahoma City bombing in the 1990s.

The drive from Oklahoma City to Albuquerque, New Mexico is also full of Route 66 memorabilia. The roads are long, but a good stopping point is at the Route 66 Museum in Clinton, OK. Then, when you cross into Texas the roadside attractions include the U-Drop Inn, the Leaning Water Tower and World’s Largest Cross, and the Cadillac Ranch, with actual Cadillac cars decorating the ground. The town of Glenrio, which was a popular small town when the road was active, is now practically a ghost town, showing the signs of progress.

On your journey, the drive through Arizona is one worth taking slow. Route 66 takes drivers past the iconic Wigwam Village, Meteor Crater Park, Flagstaff, the Lowell Observatory, and of course, the Grand Canyon. The Mojave Desert comes up quickly, so it is best to be prepared for the infrequent rest stops and fuel stations along the way. Finally, your journey ends in California, where you should stop and enjoy a burger and fries at the first McDonald’s in the United States, which happens to lie on Route 66 in San Bernardino. Then, wrap up the journey in Santa Monica, California and check out the ocean views.

Email ThisBlogThis!Share to TwitterShare to FacebookShare to Pinterest
Labels: Cities to Visit along Route 66