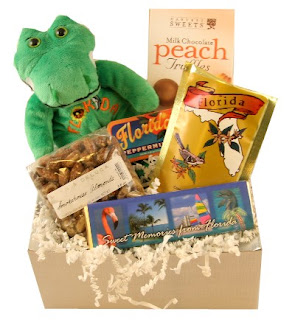 As the city that wanted to secede from Florida, Key West has been able to maintain its unique personality. Key West, Florida is the Southernmost City in the Continental United States. The city is at the end of U.S. Highway 1 and A-1-A, which travels along the eastern coast of Florida. The city is about 150 miles south of Miami and less than 90 miles north of Havana, Cuba. Even though the driving distance between Miami and Key West is about 150 miles, the drive between the cities can take between four and five hours because of the two lane road that traverse the Florida Keys.

Key West is a unique city because it seems like it is at the end of the world. Once visitors get to the island, the only way off is by turning around and driving back, or finding a boat that will take you elsewhere. Over the years, many artists have made Key West their home because of the continually pleasant weather, the hospitable attitude, and the inspirational attitudes of the city.

Many popular writers and musicians have lived in Key West. One of the most famous residents was the writer Ernest Hemingway. His home on Whitehead Street has become a tourist attraction where visitors line up each day to catch a glimpse of the lifestyle that lead Hemingway to write masterpieces like A Farewell to Arms and For Whom the Bell Tolls. His six-toed cats have become legends around the island and his favorite drinking spot, Sloppy Joe’s, is still one of the top attractions in the city. Visitors to the Hemingway House get to hear the story of Papa Hemingway complain about his then wife, Pauline, spending his last dime when she decided to install an extremely rare and expensive pool on the island made of rock-hard coral. To make fun of the story, Hemingway poured his ‘last penny’ into the concrete that surrounds the pool. Another special attraction in the home is the small Picasso sculpture that has inconspicuously sat on a little side table for hundreds of thousands of visitors to see.

Along the western side of Florida, sunsets are special occasions and the sunsets in Key West are no exception. Each night, hundreds of locals and residents find a spot in Mallory Square to watch the sunset. The locals often include street performers who dance on stilts, paint themselves gold, or make balloon animals for children. As the sunsets, everyone pauses to watch it set into the Gulf of Mexico and then everyone claps once the last ray sets into the Gulf.

Another popular celebrity resident of Key West is crooner, Jimmy Buffett. His popular song from the 1970’s, Margaritaville was inspired by the laidback lifestyle in Key West. Visitors and locals can enjoy the Key West vibe by visiting his restaurant and bar that he named after his song. Margaritaville is a place where guests can enjoy a big Cheeseburger in Paradise while listening to songs performed by local bands trying to make it big in the city.

Many of the visitors to Key West arrive on cruise ships. The cruise port brings in just under one million tourists each year as the town becomes more and more popular on the cruising scene.